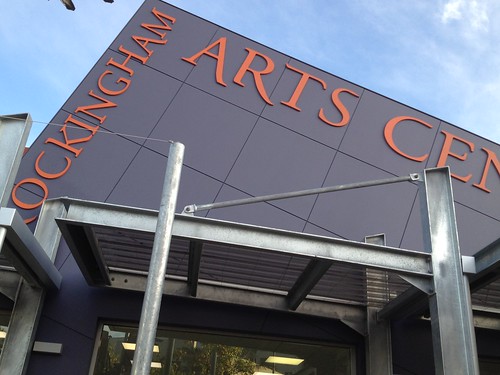 Yesterday, I attended the opening for the Through Splintered Walls Art Exhibition at the new Rockingham Art Centre.

Background: Last year, around this time, we launched the sixth volume of the Twelve Planets series – Through Splintered Walls by Kaaron Warren – at Natcon in Melbourne. We had a great launch and sold a bunch of copies and then later in the con, we discovered that there had been a printing error – the top line of every page was missing. After manic searching to check this error didn’t happen at our end, we promised everyone we would replace their copies and then we set about thinking what we could do.

It was such a let down and disappointment. You work so hard to get a book to print and then you proudly release to the world and anxiously anticipate how it will be received. And you hope it will fly. So when it dives and crashes and burns … well it’s a devastating feeling. And one I hope to never experience again. Whilst we stood around feeling sorry for ourselves, Narrelle Harris suggested that we think about turning the spoiled books into artworks – to find a way to get artists involved to use the books for art instead of pulping them. As an environmentalist, I was totally broken hearted about the idea of the waste of all that paper. So the idea sounded perfect. Plus, we had a chance to tank a mistake and turn it into something better. 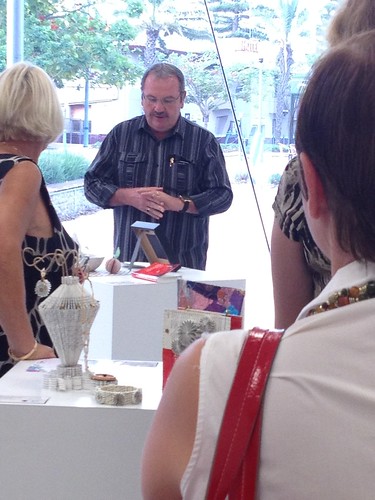 The three of us worked on some ideas and a pitch and then I took this to Lee Battersby who works at the City of Rockingham (the city I and TPP are now based) as the Cultural Development and Arts Coordinator. His immediate response was “we can do that!” and when I turned around, he’d organised the whole thing. He organised four artists to give four different workshops for anyone who wanted to come along and learn about paper art techniques. And then he organised for the participants to submit their finished works (made from three copies of Through Splintered Walls each, the ruined copies which I donated to the city) for a final art exhibition.

And yesterday, we attended the opening for the exhibition. Here is the Mayor of the city opening the exhibit. It turns out, this is the very first exhibition to be held in the long awaited Rockingham Arts Centre!

Kaaron was brought over for the event and to give a writing workshop whilst she was here.

Here she is giving a few remarks and raving about how awesome the finished artworks are. 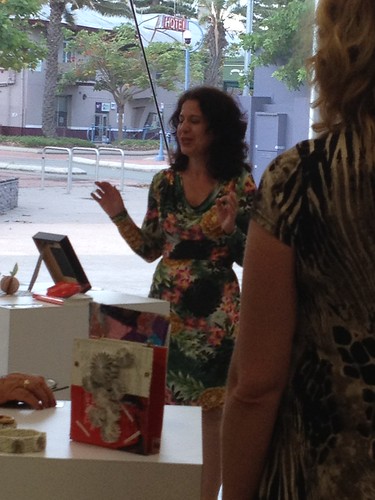 I wandered around and took photos of most of the pieces. Here’s a gallery of them – every one used to be a copy of Through Splintered Walls! 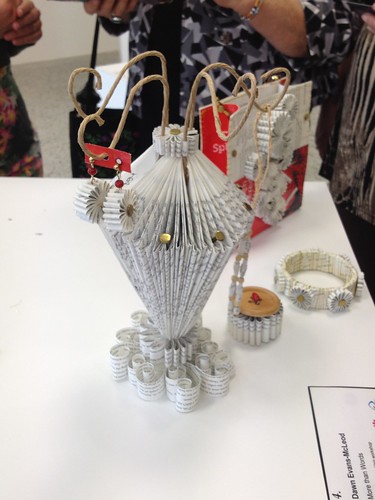 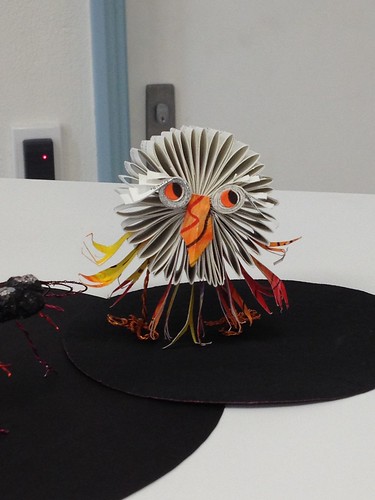 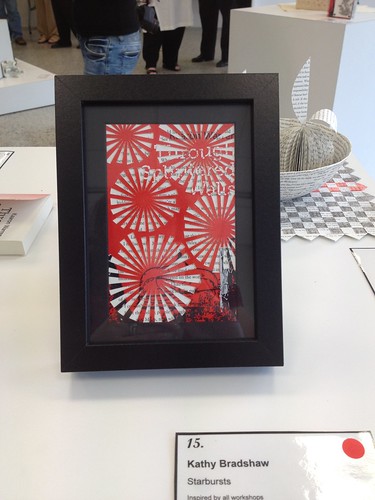 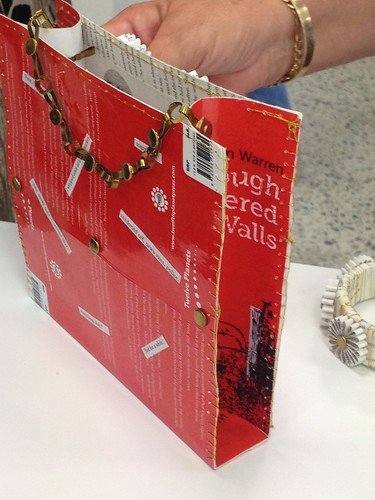 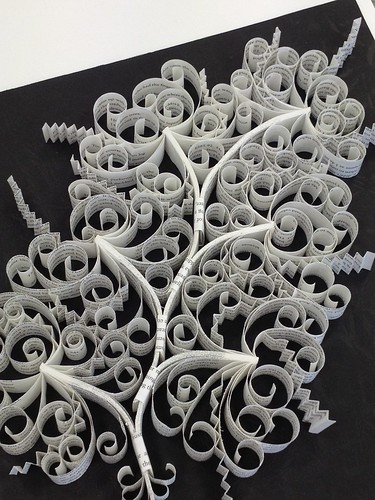 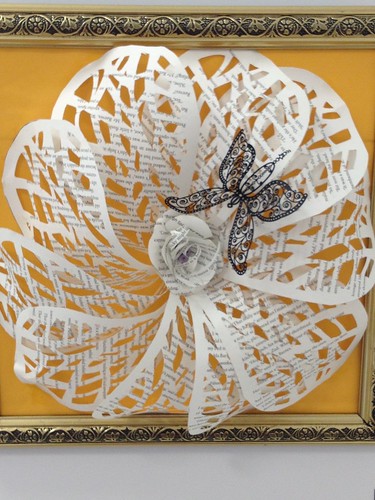 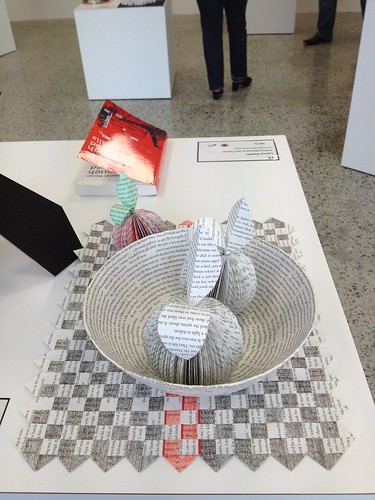 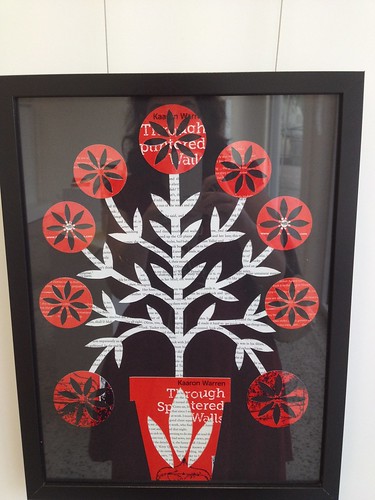 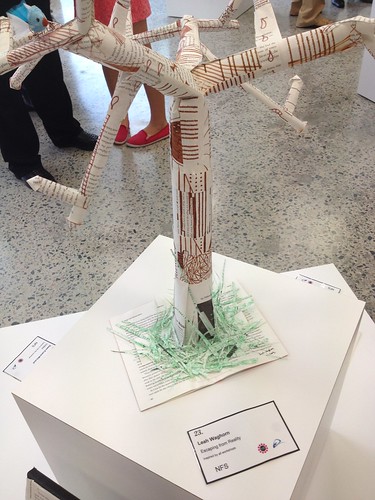 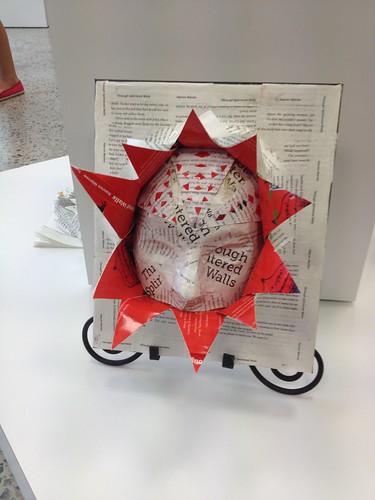 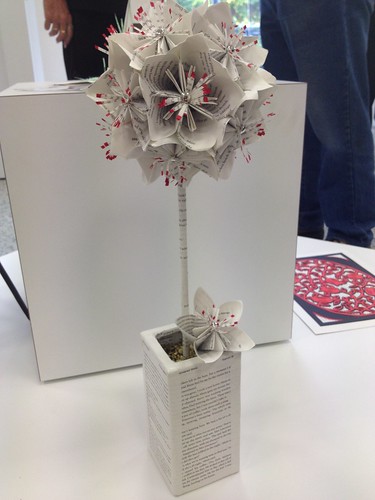 This one, the artist came and gave me the story to the piece. It’s not quite as she intended. You see, her new puppy accidentally chewed up that copy of the book and so she had to change her plans! I love this piece, I think it’s really great! 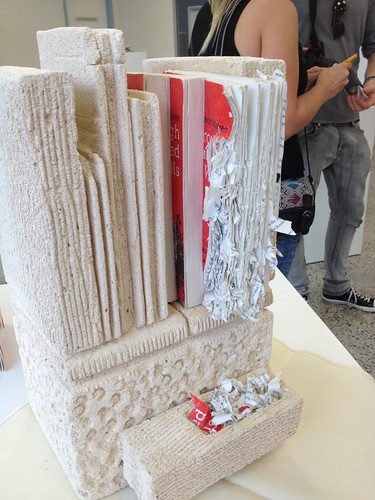 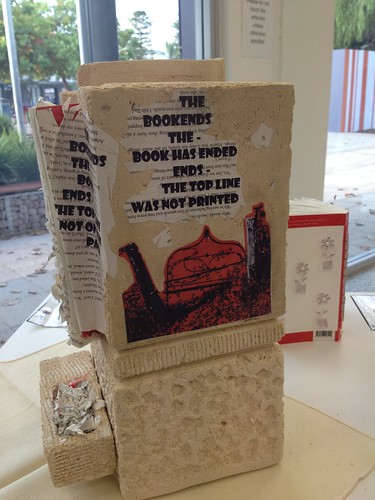 And these are works that one of the workshop tutors made as examples: 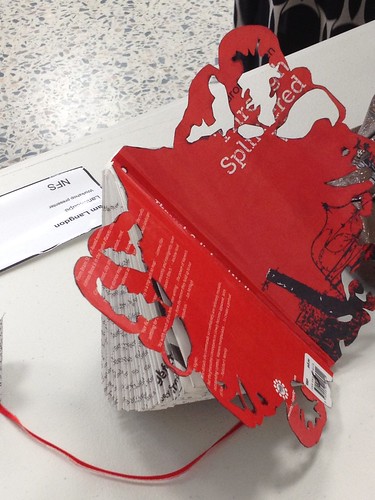 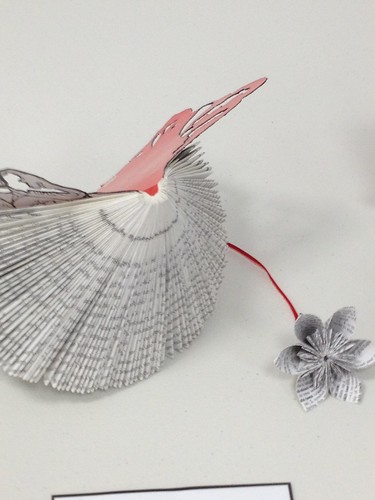 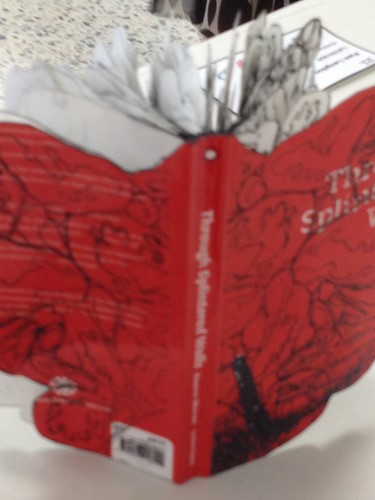 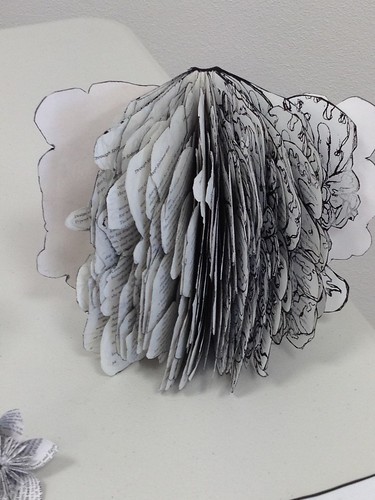 It’s quite an unsettling feeling to be pleased to see copies of your book shredded, cut up and folded. I’m so happy with the way this project turned out!