Today’s statistics are for Midnight Echo.

Midnight Echo is according to the website: “the official magazine of the Australian Horror Writers Association. Each issue contains more than 100 pages of horror (or dark) fiction, poetry, art, comics, columns, articles, book releases, and more!”

The gender breakdown for the prose fiction for all issues of Midnight Echo is: 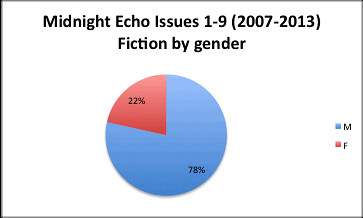 The average gender breakdown for the two issues coedited by women is 24% female authors to 76% male authors.

The gender breakdown for poetry, nonfiction and interviewees (ie people who were interviewed in the magazine, Note: interviewers were not always listed in the ToCs so have not been computed for this market) are: 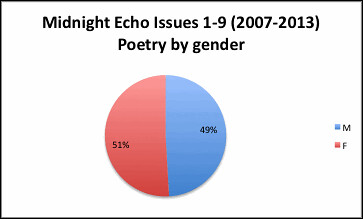 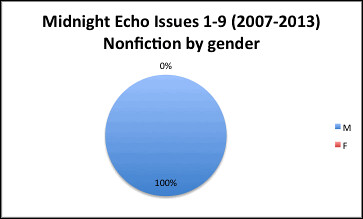 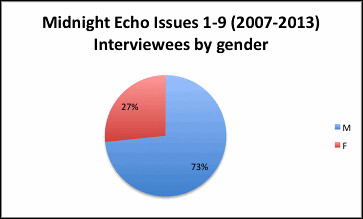 Several of the issues feature a comic as it’s done by the same pair, the illustration is separate out from the overall art figures: 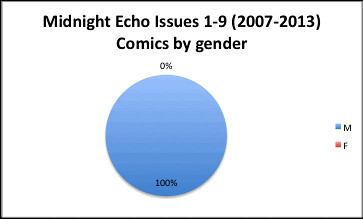 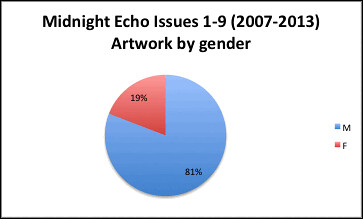