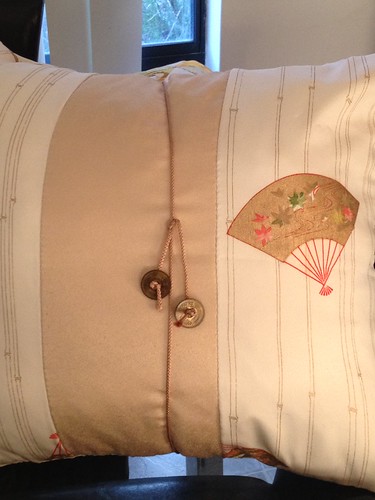 Today I uncovered a thing – a thing where I discovered I had screwed something up. For long time readers, it’s no real surprise that I tend to procrastinate on things. I am excellent at distraction productivity to cover up said procrastination but I tend to avoid things that might be unpleasant. Course, that avoidance creates guilt. And the occasional panic sweats and sick feeling when you recall the guilt. But for the most part, avoidance.

The thing is though, avoidance (and guilt) is bullshit. Another one of those white background noise stresses weighing down your psyche. And as I embrace the GTD lifestyle in preparation for baby boot camp (8-9 weeks to go) I’m discovering that there is no room for avoidance in this way of living and in the end, the only way to feel truly free is to face the thing you are avoiding. So, whilst I continue this last gasp of avoidance on today’s discovery, let me write this post as a sermon to myself on avoiding avoidance.

I actually finished this during the recording of the last Galactic Suburbia episode but then had to get the cushion insert from Ikea before it counted as completed. It’s a cushion cover. And it’s a big deal because I bought this pattern kit possibly at the first Quilt and Craft Fair I attended something like 5 or 6 years or more ago. And procrastinated on it. Why? I have a fear of cutting beautiful fabric – what if  I screw it up? And also, the instructions looked hard. And I needed to translate them from sewing machine to hand sewing. And that all seemed too hard and too scary. So it sat there. In my stash pile. Moving house with me however many times. If you don’t actually sew the project, did you waste your money?

Anyway. I finally cut the material when I was doing some cutting of fabrics for a different project. Now that my work desk is always left as a clear space, it makes pulling out my cutting board to cut fabric whenever I feel like it much easier. And when I was trying to work out how to cut strips for my Jinny Beyer block of the month quilt (more on that later), I figured I may as well do the same for this one. And then I took the cut pieces with me to Conflux (and then on to Tassie) to sew. I didn’t actually get round to it but it was a major step forward out of avoidance.

Then it sat in the ziplock bag for a couple more months as the instructions for piecing still looked scary.

But as part of getting to cruise control on GTD, I audited my craft room, and every nook and cranny round the house and under the beds (I’m still sorting through random garbage bags from moves of just stuff shoved in) and created a Crafts Project list and a Next Craft Actions list. And this project of course was on the list. With Next Actions, all you have to do is answer the question “What’s next?” You don’t have to know the whole plan of a project of A -> B -> C -> D -> Finished. You just need to know A. And then when you’ve finished A you figure out What’s Next? etc. So in answering that, I only had to understand the very first step of the instructions and execute that. And so on. There was some winging it required. The fabric in the original kit was never straight cut or the right size to start with. But then, when I thought about it, I realised, finished is better than perfect so never started. And it’s a pillow. It’s not the Sistine Chapel. Who is going to come along and measure the finished product and check it’s what the instructions said anyhow?

I worked step by step. The final bit is the back where you end up with a pillow slip by laying two pieces, cut of different sizes, on top of each other and sewing round the four outer edges, ending up with an inside pouch to hold the pillow. That bit was a bit boring but the great thing is, I save that kind of no brain sewing (once you figure out the step) to during things like recording a podcast. I can pick it up and put it down without needing to track anything and I can’t go anywhere for an hour or two so it’s the only thing I can do in that time! And voila! I have a finished project that took me maybe 2 hours to sew by hand after 5 or 6 years of being scared of the project!

Now to protect it from the destructive forces of the puppy! And to remember when tackling other long procrastinated and avoided projects that the most important thing is figuring out what the next step is, not needing to have the entire thing planned before you start thereby never actually starting.